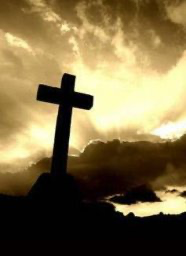 A Story of Forgiveness

Here is a great story:

.. I remember confession in the monastery Grigoriou. Then (in 1981) hegumen George, who is still alive, told me a story.

He happened to take a confession from a dying priest in a small town in Greece. The priest had two children with a very large age difference – the eldest son and a younger daughter. The son went to Athens to study, and with him a tragedy occurred – he died. The body of the young man was found in a deserted place. It was clear that he was beaten to death. Although the son was very religious and led a pious life, the cross was not found on him. And this absence of the cross was very hard for the soul of the unfortunate father. The murderers were not found then, the crime remained undisclosed.

Time had passed. The priest’s daughter grew up and she had a groom. The young man was older than her, went to their house and was well received. The priest, who was already widowed by that time, liked him. But he somehow did not dare to make an offer. After a while, when it was already obvious that they loved each other, the groom asked the priest for confession. He agreed, and the young man admitted that he loved his daughter and their family, but he must say that he is not worthy of them, because he is a murderer. At one time, quite a long time ago, he was in a bad company, they were taking a walk, and late at night they came to a young man that was in Athens. He began to provoke them, to appeal to their conscience, that they were even more embittered, they began to beat him and beat him to death. Then the groom, the youngest of that company, for some reason, tore off the young man a gold cross, which he still carries with him.

With these words, he showed the priest the cross which he recognized as the missing baptismal cross of his son. At that moment, it seemed to the priest that the floor was collapsing from under his feet, he himself almost fell. He prayed that God would give him strength. And the young man went on: “You see, such a man rejected by God, like me, can not be your daughter’s husband. Excuse me”.

The priest replied: “How can I not accept you into my family, if God Himself accepts your repentance?” They had the wedding, and all photos of the priest’s son were removed far away, so that the daughter never guessed that the groom was the murderer of her brother. So nobody knew this secret. The priest told this only to Father George, in his death confession.

Sign up for our email newsletter
PrevPrevious“Lock’m up and Weld the Doors Shut”
NextThe Journey: A Reflection for the Nativity FastNext