In the Gospel of Saint Luke (17:11-19), we read the incredible story of Jesus healing ten lepers. All ten of them cried out to Jesus, calling Him “Master”, and asking for His mercy. He told...

“Aim at righteousness, faith, love, and peace along with those who call upon the Lord from a pure heart. Have nothing to do with stupid, senseless controversies; you know they breed quarrels!” “If you aim at...

“For I know Whom I have believed and am persuaded that He is able to keep what I have committed to Him until that Day!” (2 Timothy 1:12) St. Paul writes this letter to Timothy as he...

“We are bound to give thanks to God always for you, brethren, as is fitting, because your faith is growing abundantly, and the love of every one of you for one another is increasing.” (2...

“For which of you, desiring to build a tower, does not first sit down and count the cost, whether he has enough to complete it? Otherwise, when he has laid a foundation, and is not...

On a recent Sunday morning during coffee hour, a dear member of our parish gifted me with a pectoral cross. He had found this cross in a store down in New Mexico and thought I...

How many of us have ever wanted to see a genuine miracle happen right in front of our eyes? Perhaps we may have even prayed that such a thing would happen. What exactly does a...

In the Holy Gospel according to Matthew (Mt 17:14-23), the disciples of the Lord couldn’t help a young boy that had epileptic seizures. They ask Jesus why they couldn’t help and He gives this explanation:... 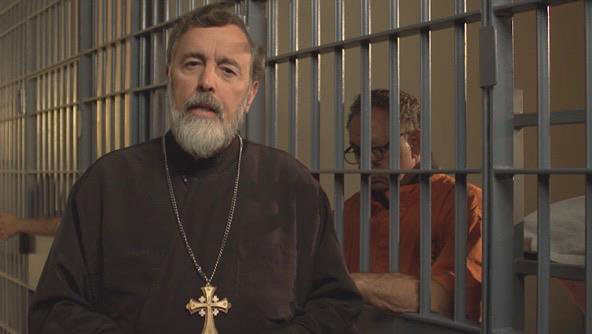 Fr. Stephen Powley serves as the Director of Training and Spiritual Care for OCPM. He is the Priest at St. John the Baptist Greek Orthodox Church in Pueblo, CO.

Fr. Stephen began serving as a Prison Chaplain in January of 1985. He has ministered in every prison security level, from minimum to super-max. He eventually retired from Prison Chaplaincy in August of 2010. Over those years, Fr. Stephen had the great privilege of being a spectator of many incredible things that God did inside the prisons. He began serving on the OCPM Board of Directors in 2005 and he began working with OCPM following his retirement. Over the years, Fr. Stephen has been the keynote speaker at numerous spiritual retreats and conferences across the nation. He continues to enjoy speaking and educating people from all walks of life, with the goal of inspiring and encouraging people in their Christian faith.

Fr. Stephen resides in Colorado with his loving wife of 44 plus years, Presvytera Ashley. They have four wonderful children, two wonderful sons-in-law, one wonderful daughter-in-law, and four wonderful grandchildren. In his free time, Fr. Stephen loves mountain biking, hiking, backpacking, and mountain climbing. Before he went to seminary, he was a Smokejumper for the Forest Service, parachuting into wilderness areas to fight forest fires. Some have suggested a few bad landings on his head may have influenced his decision to become a Prison Chaplain. (He would prefer to think it was the guidance of the Lord.)