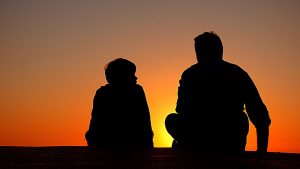 The Impact of Incarceration on the Family and the Church

There is an amazing story tucked in the Book of Joshua (chapter 7) in the Old Testament that is often overlooked. After the Israelites had taken the walled city of Jericho by the miraculous hand of God, they were to take a very small town called Ai. After the Israelites were soundly defeated, it was discovered that one man, Achan, had stolen something. His theft impacted the entire community and had been the cause of their defeat.

This story can be applied to a local parish when a parishioner violates the law and goes to prison. It is not just that one person who is impacted. Sadly, the whole parish may be impacted and most definitely the family and friends of that person will be impacted. It has been rightly said that when a person is incarcerated, their entire family is “incarcerated” with them. The family may suffer shame along with the judgmental looks and actions of other members of the parish.

Some of you readers may have already taken the “ostrich” approach in thinking that this would never happen in my parish. All of the people of my parish are fine upstanding folks who would never be caught up in something that would result in them going to prison. Sadly, if it hasn’t already happened, it is very likely to happen one day in the near future.

When I was growing up, it was rare that you would actually know someone who was in prison.  Today, the United States has the highest incarceration rate of any country in the world.  Yes, we are number one in that sad category.  In 2018 (the latest statistics available) there were 2.1 million adults incarcerated.  According to the statistics of the World Prison Brief the USA had an incarceration rate of 639 people per 100k population.  The odds have greatly increased that each of you readers likely knows someone who either is or has been in prison.  In case you are wondering about the incarceration rate for some other countries:  Turkey-335; Lebanon-205; Mexico-158; China -121; Greece-108.  That really puts the 639 for the USA in perspective.  You can see all the countries at:

As it has for many years now, the United States continues to lead the entire world in the incarceration rate of its citizens. If your parish has not been touched by someone being arrested, convicted, and sent to prison, you are in a minority. On the other hand, it may be possible that you just didn’t know that this had occurred. Sometimes the incarceration of someone is kept as a dark little secret even from the priest because of the shame that is perceived.

Over the years I have had the opportunity to speak at many Orthodox Churches and gatherings around this country, inevitably someone will come up to me afterward and tell me about a loved one in prison.  Far too often it is said with a whisper and a look of shame.  That shame is often nothing more than our own foolish pride.  That “perfect, fine, upstanding” family has a blemish.  Unless every member of your family can walk on water, I would suggest to you that no family is perfect.  What makes the family truly wonderful is an unconditional love for each other.  The key word is unconditional.  We continue to love and support each other no matter what.

If ever there was a time when a family needs their Church to stand with them, it is in the midst of having a loved one go off to serve a prison sentence.  That family needs to be embraced by their Church and they need to experience the love and support of everyone in their parish. Here’s a scenario that quite possibly could take place in your church:

John was 20 years old when the judge told him that he would spend the next 5 years in prison as a result of the felony for which he had just been convicted.  From that day forward, John would be labeled a felon.  His life would never be the same and his family thought their life would never be the same. John came from a great family who were all very active in their Orthodox Church.  John had served in the altar until he was 16.  He was a good boy who had made a couple of horrible decisions while away at college.

The only thing good the family could find in this entire nightmare was that John went to school out of state.  The other members of the Church didn’t know about John’s crime or of his conviction; the family was sworn to secrecy.   Oh, they did tell their priest and he said he would pray for John, but he didn’t think it would do any good to go visit him.  He promised total confidentiality.  After all, this was too shameful for anyone else to know about.

If members of the parish council found out, the family felt certain the mother would be asked to step down.  If their Church found out, they were sure they would have to quit coming to Divine Liturgy.  If others found out, they would gossip.  After all, what would people think of their family; it was too very shameful to even imagine.  The family would simply say that John was taking some time off school to travel and work abroad.  No shame in that.  This was a secret that the family must maintain; after all, they were such a fine upstanding family.

So it was that John went off to prison with no one to really help him.  Emotionally and spiritually he was abandoned.  And sadly, his family were now living a lie that would keep them from the love and support they so desperately needed. As all students of psychology know from the very basics of Maslow’s Hierarchy of Needs, every person needs to “belong” and it was no different for John and his family.

Over my years of being a prison chaplain and in my work with Orthodox Christian Prison Ministry, I can assure you that this is a very real scenario.  This situation or something so very similar happens more often than you can possibly imagine.  Orthodox men and women find themselves in prison and their families end up “incarcerated” with them. Both need to have the church providing them emotional and spiritual support.

-Do you really truly believe that your Church family is going to abandon you if a family member of yours is heading to prison?

-If it were someone else and you found out, would you abandon them or would you be there to help them?

A felon in the family should not be the source of shame or the keeping of dark little secrets.  Rather, it should be the opportunity for an outpouring of love from our spiritual brothers and sisters in Christ.  We as Orthodox need to love each other in that same manner as a family should love each other:  Unconditionally.

If someone you love is heading for prison or is already in prison, tell your priest.  Ask him for his spiritual help.  Don’t be afraid to ask others for prayer.  Risk being vulnerable by being open and honest about what has happened. Whereas lies promote gossip, honesty stops gossip in its tracks. Allow your fellow parishioners to have the opportunity to be there for you in this time of need.

Please do contact Orthodox Christian Prison Ministry.  Your loved one can receive an Orthodox Study Bible, an Orthodox Prayer Book, Icons, correspondence courses, devotional books, newsletters, and they can even begin writing an Orthodox person for spiritual support and guidance.  If at all possible, OCPM will help find an Orthodox priest near that prison to visit your loved one.  Almost every one of the priests we have contacted has been excited and willing to get involved with a ministry to someone in prison.

If you learn of someone in your parish that has a loved one arrested or in prison, be that person who reaches out with that unconditional love. Just the offer of prayer and support can help a family maintain its dignity and may be the very thing they need to continue coming to church each week. Consider writing a note to both the family and the person in prison sharing the love of our Lord and your own love for them. You have an opportunity to follow Christ by seeing Him in them and by being a “little Christ” (Christian) for them.

May it be blessed.

Sign up for our email newsletter
PrevPreviousDeacon Noah on the Importance of Giving Monthly & Our Matthew 25:36 Fellowship
NextSusan’s Story- How OCPM Transforms LivesNext