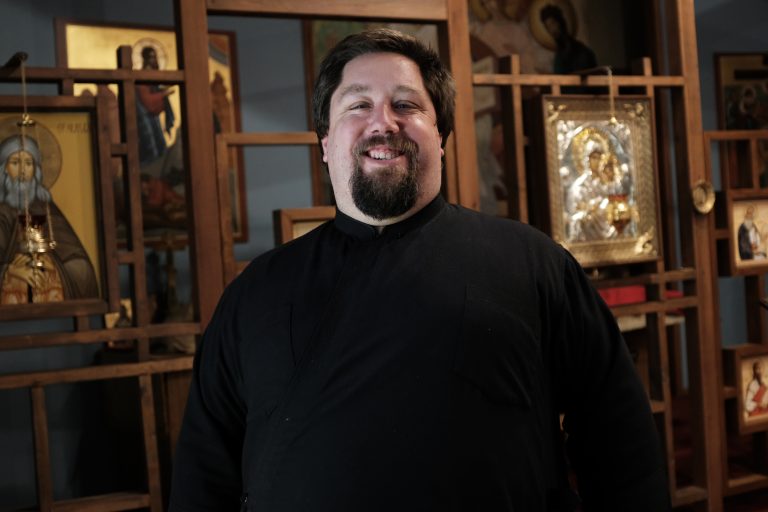 The Person In Front of You

When seminarian Brad Given first got involved with prison ministry this year, he found he had to “deprogram” the ideas he had about prisoners from the media. “Media portrayals are understandably very negative because someone may commit a crime and is unrepentant,” says Given, who is a third-year student at St. Tikhon’s Orthodox Theological Seminary in Pennsylvania. “But I was surprised to discover that they were just people dealing with people’s problems and that often they were concerned about changing their lives.”

Given’s experience with prison ministry began with a pastoral ministry class at St. Tikhon’s that was co-taught by Fr. John Kowalczyk, a veteran prison chaplain who serves on the Board of Trustees of Orthodox Christian Prison Ministry (OCPM), the national prison ministry of the Orthodox Church. Given learned from Fr. John how to develop ministerial presence and sensitivity, and that the greatest tool of ministry is active listening. “Being able to sit with someone and really understand what they are saying and to give them an actual response as opposed to a reaction,” says Given.

Armed with that instruction, Given and his classmates participated in eight Zoom meetings with four prisoners from a facility in Pennsylvania called SCI Waymart. They met by Zoom due to Covid restrictions on in-person meetings. Most of the prisoners had had contact with OCPM’s correspondence team, and had received instructional courses and books from OCPM. Some were familiar with Orthodoxy; others were completely new to it.

The inmates would talk about their week and what they were going through, but especially about their concerns for their families. “For me, that has been one of the heart-softening things in this experience,” says Given. “They were constrained in how they can deal with them, and of course, Covid created even more of a strain.”

Given says that along with active listening, he tried to share with the prisoners the tools he used in his life to cope with his own concerns such as prayer. He also used the stories of the saints to help the inmates deal with anger, fear, and sorrow.

“I think what was really impactful for me is that every single prisoner I spoke with wanted to be a better person than they were yesterday,” says Given. “They know it is a slow process but they are getting better and they are taking steps to get there.”

He is hoping to be one of the seminarians who will accompany Fr. John into SCI Waymart this fall when in-person visitation is allowed again at the facility.

Given, who is on track to be ordained to the priesthood and will graduate in 2022, says he was particularly touched by one inmate who had lost a family member and who was ministered to by Fr. John.  “Fr. John’s presence in being Christ in that moment to that person is what I think I will try and keep in mind in every interaction I have in my own ministry,” says Given. “It is easy to get wrapped up in my own life and what I have to do to get through the day to an imaginary endpoint. I realize now that the endpoint is always the person in front of you.”