Many years ago I read the following story from a book that we were using with our children. After all this time, this one story has always stuck with me. I am reminded of it again and again while driving…seeing some drivers (and sometimes myself) consumed with anger over a slower car or an untimely light…and that anger caused them to pass on a double striped line or shake an angry fist at some little ol’ lady. This story holds many applications…hope you enjoy it!!

Genghis Khan (1162-1227) was a mighty king and warrior, considered equal to Alexander the Great. His Mongol empire reached from the Sea of Japan all the way to Eastern Europe. Here’s a story from his life that will speak to many of us.

One morning when Genghis Khan was home from the wars, he rode out into the woods for a day of hunting. On the king’s wrist sat his favorite hawk which had been trained to hunt. The day was quite hot and the king grew very thirsty. His hawk had flown off, probably in search of water, the king thought. 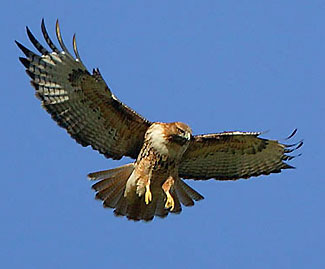 A drought had made water scarce and he search long and hard trying to locate a stream. He finally located what was usually a swift stream, now reduced to a drop at a time flowing down over the edge of a high rock. The thirsty king grabbed his silver cup from his saddle bag and ran to the dripping water. It took quite a while to fill the cup. At long last the cup was almost full and he raised it to his lips for that long awaited drink. Suddenly, there was a whirring sound above his head and the cup was knocked from his hands. The king looked up with anger and saw that it was his hawk that had spilled the water all over the ground. The hawk flew back and forth and then landed on the rock high above the water. 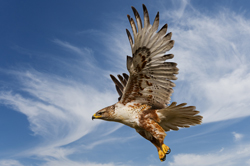 The king once again began the slow process of filling the cup. When it was only half full, he could wait no longer. As he lifted it to his lips, the hawk again swooped down, knocking the cup from his hands. His anger growing, he tried a third time to get some water, but again the hawk prevented his drinking. He was furious and drew his sword. He yelled at the hawk, “This will be your last mistake if you try it again!” He filled the cup once more and began to lift it to his lips. Once again the hawk began to swoop down toward the cup, but this time the king was ready for him. With an angry slash of his sword he struck down the hawk in mid-flight. As the hawk lay dying on the ground the king said spitefully, “That’s what you get for your trouble!”

His cup had fallen from his hand into a crevice in the rocks. He couldn’t reach it. He decided he would have to climb the steep rocks to get to the spring above in order to satisfy his thirst. The climb was arduous and he became even more thirsty. At last he reached the spring and there in the pool of water was the most poisonous snake in the country laying dead. The sight stopped the king in his tracks. He forgot his thirst. His only thoughts were of the dead hawk down below. “The hawk saved my life” he cried, “and how did I repay him? He was my best friend and I killed him. I have learned a sad lesson today: never do anything in anger.”

There are many ways we can apply this to our lives, whether it is driving in our cars, playing softball, situations both at home and at work, or just about any aspect of daily life. If you’d like more food for thought, consider the following verses of Holy Scripture:

“Do not make friends with a hot-tempered man, do not associate with one easily angered, or you may learn his ways and get yourself ensnared” (Prov. 22:24).

“An angry man stirs up dissension, and a hot-tempered one commits many sins” (Prov. 29:22).

“For as churning the milk produces butter, and as twisting the nose produces blood, so stirring up anger produces strife” (Prov. 30:33).

“Everyone should be quick to listen, slow to speak and slow to become angry, for man’s anger does not bring about the righteous life that God desires” (Jms. 1:19-20).

May the Lord help us all as we deal with those little or big seeds of anger in our lives. May we not “kill” the hawks around us!!

One reply on “The Hawk”

You seem to be a good person to speak to. I do not do face book and have always been scared about it.

Everyone prying into your very thoughts. However I do have one friend on facebook and he writes me

regularly. I try to honour him by responding and connecting with him because I know his past and the

secrets that he is struggling with, so I want to encourage him after the suicide of his father. I have

contacts. I looked at them and loved all the music opportunities so I went into many of them.

I am presently in an eastern orthodox parish and I will try to grow there. I continue to have that

by the eastern churches and I am feeling somewhat sad about this. I want to thank you

issues I am having with some family members.

Thank you for keeping in touch.