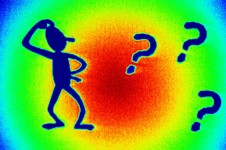 December 6th, next Tuesday for those reading this before the 6th, is an important day in my home each year.  The “why?” is best answered by sharing this true story with you.  If you are a fan of the Paul Harvey radio programs, you will be familiar with one of his shows called “The Rest of the Story”.   This story could easily be one of those stories.   I would like to share this true story with you about a man who made his mark on the world, not with power, or money, or great writings…but with his life.

Back in the 3rd Century this man was born in Asia Minor.  He was born into a wealthy, Christian home.  He was given an excellent education and had everything going for him.  Then his parents died and he was left with the family fortune.  He could have done anything he wanted…yet his heart began to long to serve God.

Unlike most people who dream of winning the lottery, he did not begin buying things for himself with his new found wealth.  Instead, he began to give money to help the poor.  One time he heard of a poor family with three daughters that were marrying age.  In those days, if a woman had no dowry she was likely to end up out on the streets.  This man went secretly at night and threw three bags of gold through their window for the daughters’ dowries.

He decided to take a pilgrimage to the Holy Land.  While there he felt the calling of God so strongly on his life that he decided to become a pastor.  This was no easy decision because the most severe persecution of Christians was taking place under the Roman Emperor Diocletian (303-311).  To become a priest in the Christian Church at that time could be a death sentence.  Yet not only did he become a pastor, he also gave away the rest of his money to the poor.

When the Archbishop died the bishops gathered together to choose a new Archbishop.  This was normally one of the bishops.  This time however, they chose this humble priest because they saw his deep spirituality.

Finally, he was arrested, tortured, and thrown into prison.  He would have died there except that the Emperor Diocletian committed suicide in 313.  Constantine became emperor and released all Christian prisoners.  Upon his release, he was reinstated to Archbishop, continuing to help the poor and pointing out injustice in his society.  He was responsible for the first hospitals being built and for the first houses for the poor being established.  He was instrumental in helping to shape the Christian Church in ways that still affect it today.

He died in the year 330, not making his mark with great writings or in his power as Archbishop.  Rather, he left his life as a great example for us.  His example of faith and commitment is one that is well worth following. But the story doesn’t end here. So who is this man?  As Paul Harvey says:  “Now for the rest of the story!”

In the early Church people who had led lives that were excellent examples for others to follow were remembered on a particular day.  Their life would be talked about and all were reminded of how they should be living.  This particular man was remembered on December 6th.  His name was Nicholas.  Remembering his life, people began to give gifts in secret on the eve of December 6th.  Over time, the Dutch Christians held an especially big celebration on this day.  Eventually many Dutch Christians came to America.  They continued to celebrate this day.  The celebration was Americanized. Here’s how it happened:

“After the American Revolution, New Yorkers remembered with pride the colony’s nearly-forgotten Dutch roots. John Pintard, influential patriot and antiquarian, who founded the New York Historical Society in 1804, promoted St. Nicholas as patron saint of both society and city. In January 1809, Washington Irving joined the society and on St. Nicholas Day that year he published the satirical fiction, Knickerbocker’s History of New York, with numerous references to a jolly St. Nicholas character. This was not a saintly bishop, rather an elfin Dutch burgher with a clay pipe.  The jolly elf image received a big boost in 1823, from a poem destined to become immensely popular, “A Visit from St. Nicholas,” now better known as “The Night Before Christmas.”

In 1863, political cartoonist Thomas Nast began a series of annual drawings in Harper’s Weekly, were based on the descriptions found in the poem and Washington Irving’s work. These drawings established a rotund Santa with flowing beard, fur garments, and an omnipresent clay pipe. The picture shown here was the first “red suit” given Santa by Nast.  As Nast drew Santas until 1886, his work had considerable influence in forming the American Santa Claus. Along with appearance changes, the saint’s name shifted to Santa Claus—a natural phonetic alteration from the German Sankt Niklaus and Dutch Sinterklaas.” 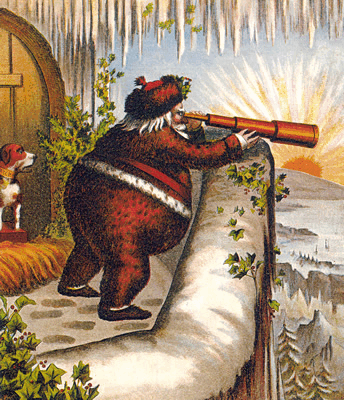 (The two previous paragraphs and the picture are used with permission from The St. Nicholas Center at  www.stnicholascenter.org  if you would like more info.)

Because of the gift giving, the celebration was moved to Christmas Day.  Eventually, a flying sleigh and reindeer were added from a Norwegian Mythology.

“And there you have, the rest of the story!”  Yes, there really was a Saint Nicholas.  The real man has been lost in the tall tales of recent years.  Not only was Saint Nicholas a real man, but he was a man worth remembering!  He was a man of convictions and commitment even in the face of tremendous worldly wealth and persecution.  Now you know why December 6th is important in my family.  It is a time to give to those in need…remembering the example of Saint Nicholas.

With all of the over-commercialization of Christmas, one can easily forget the real meaning of what is being celebrated.  Yet, let us not, in our desire to regain the meaning of Christmas, simply view all gift giving as a corruption of the celebration.  Rather, it can be a part of it, bringing joy as we give both to our families and to those in need.  And we can share with family and friends, the rest of the story behind “Jolly ol’ St. Nick”.

If you would like to celebrate this December 6th, perhaps you could find a way to give to someone in need without them ever knowing you did it!!!!  It’s hard to do, but you will be blessed if you can keep the secret!!!

May the days leading up to Christmas be filled with joy and peace and may you have a Christmas this year that is truly a HOLYDAY!!!

2 replies on “Who Really is This Man?”

Beautifully written Father Stephen. Thank for sharing so I may do the same for those around me.

Thank you for your very kind comment Timothy! Have a blessed Advent journey to the celebration the Holy Nativity of our Lord!