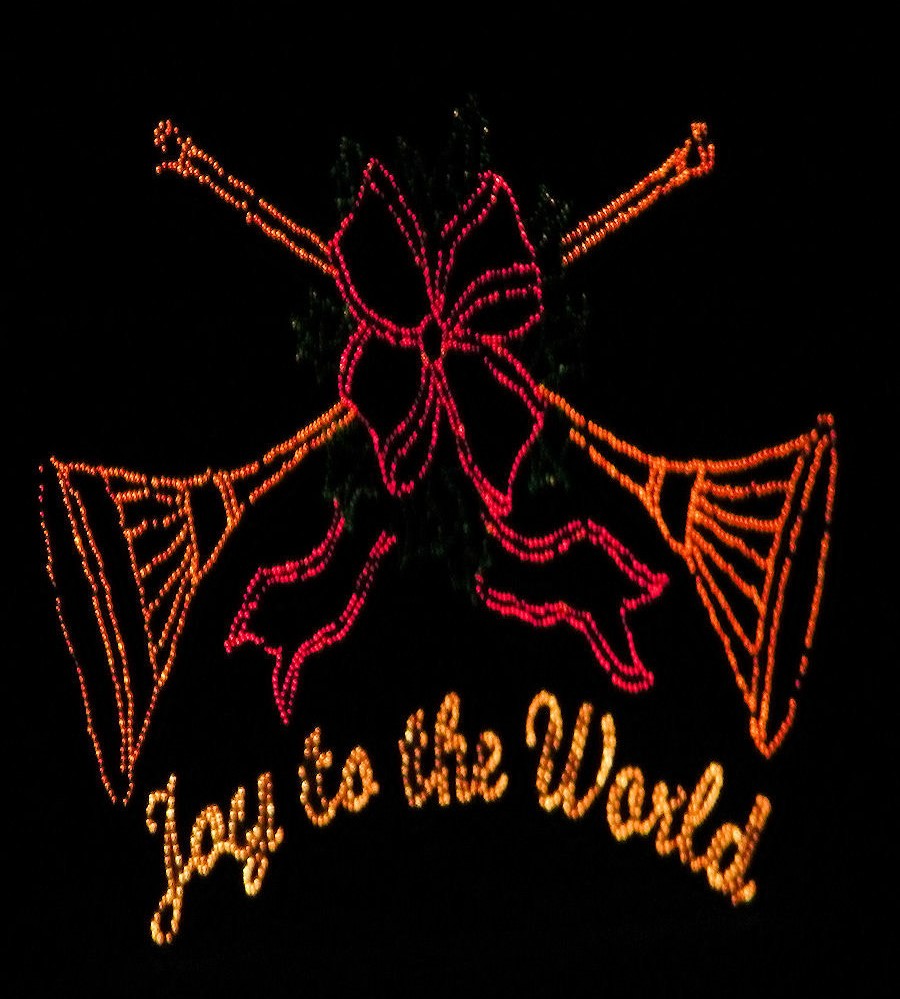 “Joy to the world, the Lord is come; let earth receive her King.”  So go the words to one of our favorite Christmas songs heard from living rooms to shopping malls throughout our country.  Most of us could sing the above lines and more without any outside help.  The truth of the matter is that there really is “Joy” when God is King of our lives.

The Book of Judges in the Holy Scriptures ends with this verse:  “In those days there was no King; everyone did as they saw fit.”  This verse is a summary of the Book of Judges.  Judges tells us of the Israelites roller-coaster ride.  One minute they are experiencing God’s blessings and peace; the next minute they are turning away from God and find themselves enslaved.

When we think of the Book of Judges, we think of the great heroes that were mightily used of God:  Deborah, Gideon, and Samson.  They were all used to rescue Israel from bondage to freedom.  But the real thrust of Judges is the fact that Israel would not walk in that freedom.  They would not keep the Lord God as King, but instead exalted themselves as kings.

Historically, whenever a great nation or empire has fallen, it has fallen from within first.  The sense of right and wrong gave way to “do whatever is right for you”.  Morals had decayed to the point where they had become non-existent for many of the people of that nation.  In their minds, they had become kings of their own lives.  They had no authority greater than themselves.  No one, not even God, could tell them how to live their lives.  Each one of those nations is now simply a part of our history books.  They have perished, collapsed from within.

“In those days there was no King; everyone did as they saw fit.”  The last thing anyone would want is for that verse to read:  “In these days…”  Thankfully, we do live in the greatest nation on the face of the earth.  We are a country that was founded on godly principles.  In fact, our country is described as “One Nation under God.”  But, we are already several generations removed from our founding fathers and warning signs are everywhere.

The television continually screams into our brains to “do whatever is right for you”, with no regard to the morality of that decision (not to mention the spiritual and psychological wounds).  The black/gray/white areas of morality of 40 years ago have changed so drastically that what used to be considered absolutely wrong is now considered okay (it’s not even in the gray).

Can you imagine the things that are on prime time television today even being on the television ten years ago?  If this log-rhythmic decline of morality (which looks something like an avalanche) continues, who could possibly guess what could be on television in even 5 years’ time.

There seems to be a growing number of people who proclaim that they have the right to do whatever they want, whenever they want, etc.  The authority for such decisions is simply self.  They have proclaimed themselves kings and would like the rest of us to do likewise.  This kind of “self-rule” can seem innocent enough and even right, but throughout the history of the world it has always seemed to lead to destruction.  This can be illustrated even in a small unit like a family.  If the children have no rules or guidelines to live by, chaos is usually the result.

I remember hearing the famous preacher, Billy Graham, once say that if God does not bring judgment on America, He will owe an apology to Sodom and Gomorrah.  Now if I asked each of you readers to tell me what the sin of Sodom was, I suspect you might have an immediate answer.  But is your answer accurate?  Listen carefully to these words of the Holy Prophet Ezekiel about what was really the sin of Sodom:

This sounds all too much like a society that had exalted self-rule to the point of destruction.  When self sits upon the throne of anyone’s life, the rule quickly becomes:  “do whatever is right for you” without regard for the ultimate consequences.  As we see our own country going through so many changes, what can we do to best help it?

It truly is time for us to take action on behalf of the country we love.  It is certainly not the time to point blaming fingers at others…that is not what God is calling His people to do.  Again may we listen carefully to the Holy Scriptures as we hear exactly what God would desire us to do:  “If my people, who are called by my name, will humble themselves and pray and seek my face and turn from their wicked ways, then will I hear from heaven and will forgive their sin and heal their land” (2 Chronicles 7:14).

As we celebrate Christmas this year, let’s pray for our country and may we acknowledge Almighty God as our King in both our words and our deeds.  “Joy to the world, the Lord is come; let earth receive her King.”