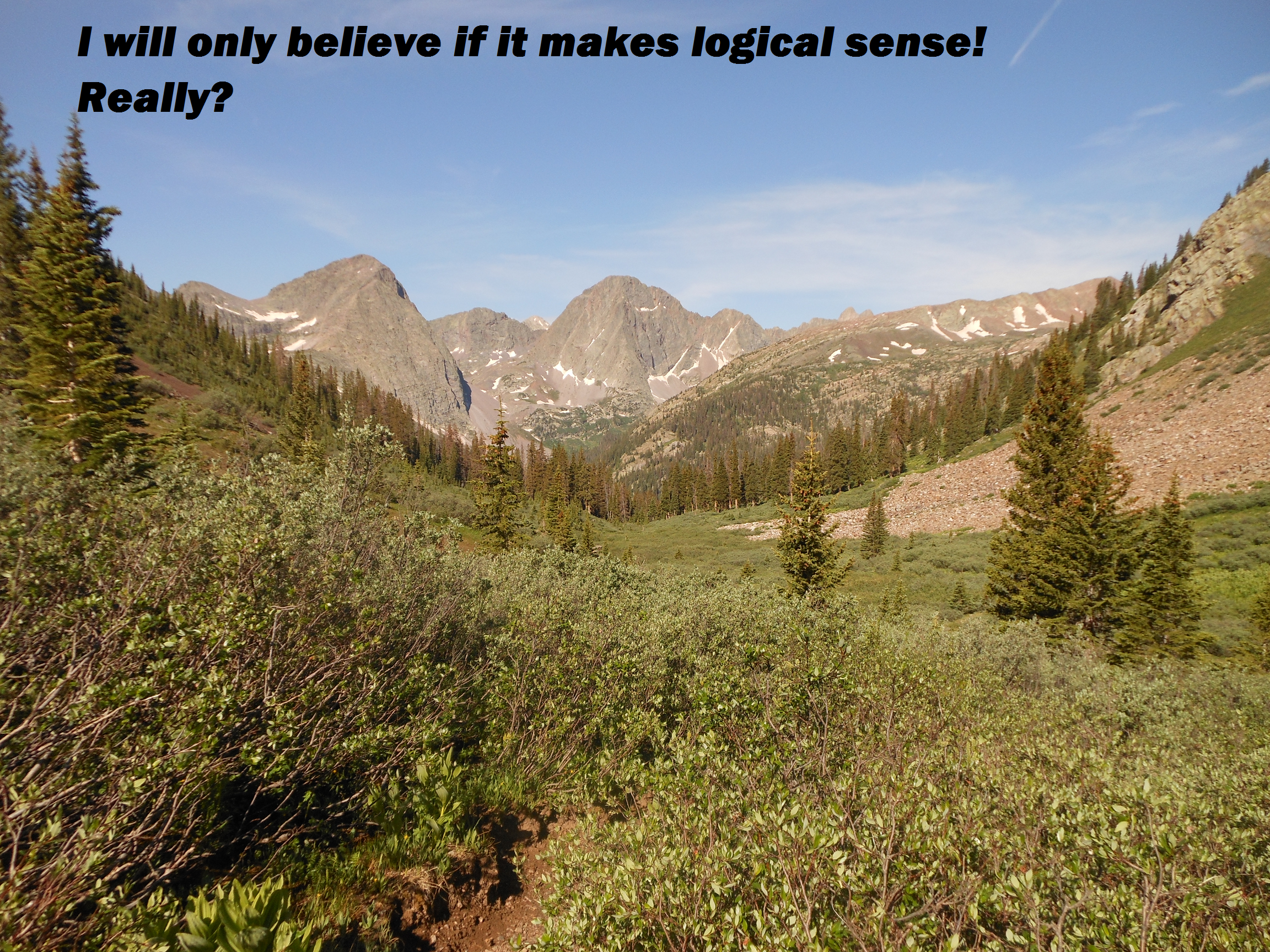 How would you respond to some well-meaning Christians who said they did not want to lose their rational and logical minds by joining an “organized religion”? Over the years of being a prison chaplain, I encountered many, many men who had embraced that very thinking. They felt that submitting to the authority of the Church was something they could never do because it meant giving up their minds. They also believe that they only need their Bible and their rational, logical minds. It seems that same thought has become so very popular in our society today.

Perhaps the first question we could ask those Bible believing Christians who do not want to lose their rational thought process in some Church (which of course we know isn’t the case at all) is: Where in the Bible do you find rational and logical thinking working out well?

Ananias & Sapphira certainly seemed to be using very rational and logical thinking in Acts 5…oh, but they ended up dead.

Nadab & Abihu (Numbers 3) offering incense to the Lord sounded quite rational and logical, but they also ended up dead.

Israel demanded a king and who was a more logical choice than Saul as he was handsome and bigger than anyone else (1 Samuel 9-10)…that really worked out for them (forgive my sarcasm). That list can go on and on through the entire Bible…with logical and rational thinking not turning out well.

So then, let’s consider historically what happened within Christianity. We find a great deal of rational, logical thinking by people using the Holy Scriptures.

Arius was quite logical in his teaching that the Son of God was not co-eternal and consubstantial with His Father.

Pelagius taught that the role of Jesus was only to be viewed as “setting a good example” and that Divine Grace has no place in the life of a Christian…we have the full responsibility for our own salvation.

Sabellius used his rational mind with the Bible to teach that the Father, the Son and the Holy Spirit are simply different modes or aspects of one God, rather than three distinct persons (a total denial of the Holy Trinity).

Nestorius used his rational mind to discover that the Holy Scriptures pointed out that Jesus was not God come in the flesh (a total denial of the Incarnation).

The list of heretics using their logical and rational minds goes on and on, with many still at work today. Simply using our rational and logical minds to understand a God that is far beyond our comprehension are the very things heresies are made of… and how they continue to exist today. If you sit through a presentation from certain heretical groups, they will continually ask you: “Doesn’t this make sense to you?” They learned long ago the best approach is to appeal to rational and logical thinking.

There is Truth in this universe and at some point we have to accept the fact that our rational minds may not arrive at it because some of the things of God are truly beyond our comprehension.

This leads us to the Seven Ecumenical Councils which handed down the Truth that had always been believed from Christ through His Apostles and on to their disciples and on to their disciples through each generation. Each of those heretics mentioned earlier were dealt with in one of those ecumenical councils. God doesn’t call each Christian to have to figure out all of these things on our own…over and over again. Through the Holy Spirit those councils verified those handed-down truths and it is those truths that we stand on today.

Our rational or logical minds will never wrap themselves around the Holy Trinity or the Incarnation. Those are truths beyond our comprehension.

If these “non-organized church” folks would use their “rational, logical minds” to grasp these arguments both from Holy Scripture and from history, they may be able to see their need to get back to the Church that has not changed with every wind of doctrine that blows by. Here there is great safety. This is not simply a blind acceptance with a thoughtless mind, but rather it is a mind that embraces the Truth that has been handed down. Without that foundation, rational and logical thinking has led to the thousands of divisions within Christianity. They all proclaimed that they used the Bible and their rational, logical minds and they gave us schism after schism until Christianity as a whole now has the look of a shattered mirror. We have a responsibility to do our best in using our minds to present such mysteries to those logical, rational Christians.

God did not create us to be robots nor does He call us to act as such. He calls us to use our minds, but from the foundation of truth… not in order to invent or come up with our own truth, but in order to walk in that truth. Consider these words of the Holy Apostle John from his third epistle: “I have no greater joy than to hear that my children are walking in the truth.”

The Holy Apostle John passed that truth on to his disciples. St. Ignatius learned from him and passed that truth on to his disciples and so on. The only hope for heresies in today’s world is that people continue to ignore the Early Church (or dismiss it as having become corrupt right after the Apostles died). The best hope for Christianity today is to go back to the Early Church and those Seven Ecumenical Councils and to begin “walking in the truth.” That brought St. John joy in the first century and it will no doubt bring joy to our Lord today!

One reply on “A Rational and Logical Mind?”