I once had an opportunity to visit a monument.   Even guide books warned against taking any time to visit this place.  One book said it was a monument built by a wealthy man to honor himself.  Another stated:  “you will be sorely disappointed. Very rarely does someone go to visit the monument with the sole purpose of seeing it.”

For some reason I was intrigued to see a monument that someone built to honor self.  What could it possibly look like?  What would someone fashion to “immortalize” himself?  Inquiring minds want to know…well at least my curiosity got the best of me and I turned off the highway to make the drive in to see it.  No road signs indicated the direction; it was simply marked in a guide book. 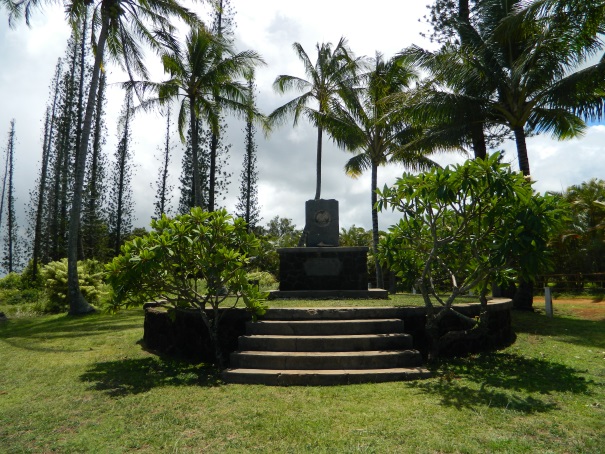 The monument was in a beautiful location and it was amazing to see this large concrete structure, complete with stairs out in the middle of nowhere really.  Surrounded by beautiful greenery with the sun shining down gave it a very nice appearance.  As I walked up, I found myself wondering what words or symbols might be found that would be worthy of such self-praise.  Who was this man and what would he put on his monument to be remembered by for all generations to come? 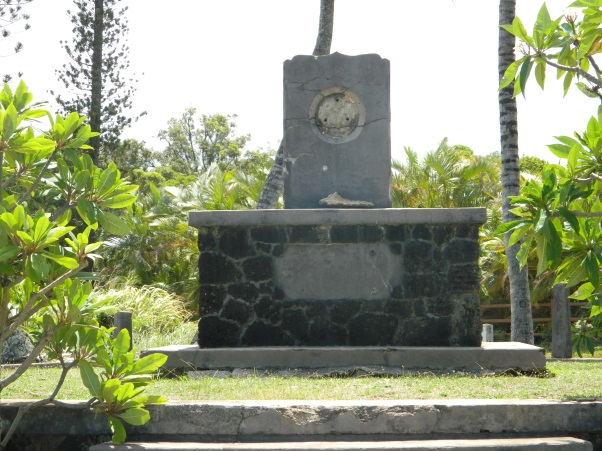 As I came closer, I began to realize the monument had seen better days.  The concrete was broken and cracked.  Whatever plaques or busts that had once adorned it were long gone.  There were holes in the concrete where perhaps the tribute and a replica of the face of the man were once mounted.  As you can see from the picture, it has become a monument to no one as it slowly falls apart.

The guidebooks were wrong in my case.  It wasn’t a waste of my time.  In fact, I found it very thought provoking and in many ways inspirational.  I found myself pondering this whole concept of building a monument to honor one’s self…of “making a name for one’s self.”  If someone were to build an incredible monument, would people remember them for all generations to come?  Such incredible monuments have been built over the years, so perhaps we should consider these monuments and see the results for ourselves.

It seems that from the very beginning, people have had a desire to build monuments that would “make a name for themselves.”  Remember the story of the Tower of Babel and the reason things went bad:  “Then they said, “Come, let us build ourselves a city, with a tower that reaches to the heavens, so that we may make a name for ourselves”  (Genesis 11:1-10).  What a monument that would have been!  But even if they had succeeded, history would show that it just wouldn’t have lasted.  Where is the “monument” that King Nebuchadnezzar built which was 90 feet tall (Daniel 3)?  Gone forever…we have no idea what became of it.

Here are some of the original Wonders of the Ancient World.  These were monuments that had everyone in awe and they thought these monuments would surely last forever:

We can’t go see a single one of those today.  Great nations built these incredible monuments and all of them are gone from this earth.  If great nations can’t build monuments to themselves that will last for generations to come, why in the world should I consume my life with such endeavors?

There is really only one path to greatness and it is found in the teachings of our Lord Jesus Himself.  He said it in several different ways, but basically He said:  “If you want to be great in God’s Kingdom, learn to be the servant of all.”  Greatness with God is the only thing that really should be important to us and it doesn’t come with our own self-exaltation.  “For all those who exalt themselves will be humbled, and those who humble themselves will be exalted” (Luke 14:11).

These spiritual “monuments” that we can build are all about others…not about ourselves.  We have a chance to leave a legacy to the next generation, but it is not going to be found in building monuments to self.  It is found in keeping the Faith alive…in making sure the next generations have a place to worship the Lord…in living lives that honor the Lord and draw others to Him…lives of service to Him and to others.

Let this mind be in you which was also in Christ Jesus, who, being in the form of God, did not consider it robbery to be equal with God, but made Himself of no reputation, taking the form of a bond-servant… work out your own salvation with fear and trembling; for it is God who works in you both to will and to do for His good pleasure.  Do all things without complaining and disputing, that you may become blameless and harmless, children of God without fault in the midst of a crooked and perverse generation, among whom you shine as lights in the world” (Philippians 2).  Wow…to be shining as lights in the world! That sounds so much better than a monument to self that falls apart and is gone.

7 replies on “Monument to Self”

The only monument I will have is the Church and OCPM and whoever might remember me after I am gone.

May our memory be eternal with the Lord!

Awesome story and lesson. Thank you Father for this it is very inspiring.

God bless you Sam! Thanks for your comment! May we “build” eternal monuments to the Lord!!

As always, a great story with a thought provoking. .Thank you Father Stephen.

I’m curious about this monument. Can you tell me more about it such as where it is and any other details? Thank you.

This monument is on the island of Kauai and is called the Spalding Monument. The guide book said it was built by a sugar baron to honor himself. The turn-off is near the town of Anahola. As the photo shows, it is not much to see. It just struck something in me about how easy it is for us to try to “build monuments to ourselves” in this world.